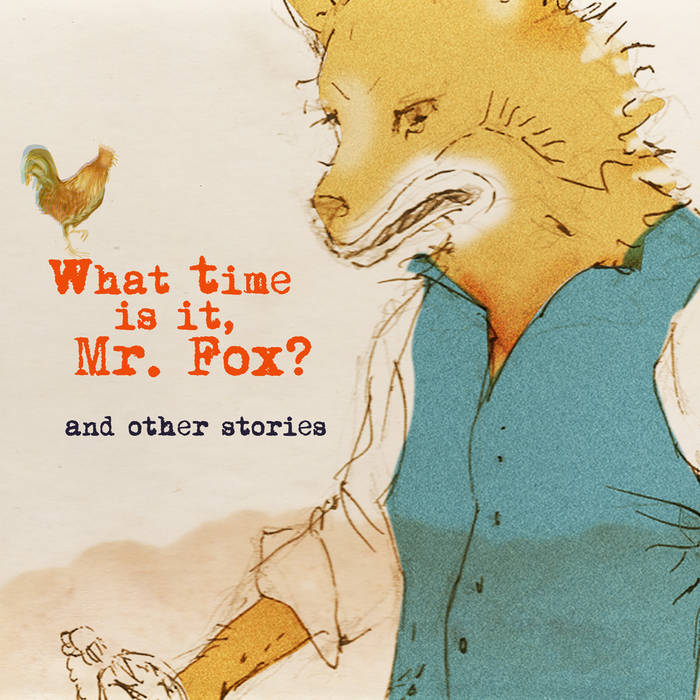 The first full length album by What Time Is It, Mr. Fox? with special bonus tracks, "So Mean (live)", "April Pearl (live)", and "The Tower (instrumental)."

"Mr. Fox deserves your attention. When I listen to their album, I feel like I’m hearing a soundtrack of musical theater. Clever, outre, cool strings, hot vocals…" - Michele Kort, music reviewer for The Advocate, editor for Ms. Magazine, and author of "Soul Picnic: The Music and Passion of Laura Nyro"

"Think of the otherworldly pipes of Antony Hegarty of Antony and the Johnsons, take away the Tiny Tim twinge, fuse it with the urgent phrasing of a slam poet and you’ve got Brian King of What Time Is It, Mr. Fox? King’s ethereal voice helps define the sound of eclectic cabaret kings, and with strong musical support from gifted, poly-instrumental partner-in-the-sublime Nathan Cohen, the Boston-based duo turns their debut album, "...And Other Stories," into something great.

From the kinetic and haunting opening track, "Fisher King," to the Psycho-styled, all-string capper, "March Of The Hares," this follow-up to their live 2005 EP "Songs For The Tin Man" is a triumph of mood and style, an unforgettable musical, theatrical and emotional experience.

Other highlights in the beautifully orchestrated, mostly minor-key mix include the manic "Horror Cartoon," a clever musical and lyrical patchwork, a la Oingo Boingo in a smoking jacket. "So Mean" is a ballad for the ages, and "Derailed" is easily the catchiest of the whole lot. However, while it is easy to extol the joys of each track, this work, like Mr. Fox’s live shows, is best experienced as one marathon groove. The album is a glorious addition to any collection." - Robert Newton, Edge Boston


“And Other Stories”/What Time Is It Mr. Fox? (Poison Peach) – Bostonian acoustic-noir collective What Time Is It Mr. Fox? is on its way to you. Led by out ‘n proud singer/songwriter Brian King, the Fox’s striking music melds elements of soul, chamber-pop and cabaret with a sense of international flair. King’s sometimes harrowing dissertation on truth and beauty reads like an inspired collaboration between Maurice Sendak and Mother Goose… with a forward by Stephen Merritt and an epilogue from Tori Amos. And yet, the disc remains accessible, complete with memorable characters, well-placed hooks and rib-sticking melodies." - Gay Chicago Magazine

"'and other stories' by the Boston band What Time is it, Mr. Fox? is a great collection of well-crafted, carefully polished and tastefully restrained pop/rock songs that just happens to contain liberal doses of violin, trumpet, accordion and cello.

Vocalist Brian King has a strong, rich voice that you can imagine fronting a band any time during the last 50 years or so. His vocals are always full and emotive, helping the band wear their hearts on their sleeves.

Honestly the only reason I can see that you don't hear this on the radio is that it is too heartfelt and and not plastic enough to be sold as a simple product.

Stand out track: the full-blossomed soul of 'Fruitless'"

What Time Is It, Mr. Fox? Boston, Massachusetts


"Time has come for Mr. Fox" Boston Herald
"Catch him as his star rises" Time Out NYC

What Time Is It, Mr. Fox? recommends:

Bandcamp Daily  your guide to the world of Bandcamp